In the wee hours of an early November morning in Lancaster, Pennsylvania, Scott was born. Contrary to rumor, he did not end up in North Carolina after being shunned by the Amish. Nor was it a part of witness protection. His family simply moved to North Carolina in 1988, and so Scott spent the bulk of his school-age years in Charlotte. He was a good kid, but even though he attended church with his family, he graduated high school never having grasped the gospel.

He met the two most important people in his life while in college at NC State – Jesus Christ and his wife, Cheri. Even though he was saved at age 20, he spent years with little more than “fire insurance” from that one-time belief. A few years after marrying, Scott and Cheri began a family, having 2 sons (Levi and Silas) in 2006 and 2007. Over time God drew Scott closer, using a call to adopt 3 siblings from Nicaragua in 2013 (Isidro, Maribel, and Tatiana) as one way to teach him dependence on the Lord. The lessons continue to this day.

Scott works as a statistician most of the week – but what his employer does not know is that they are really paying him to encourage and influence his coworkers toward Christ as he is working with them on various assignments! 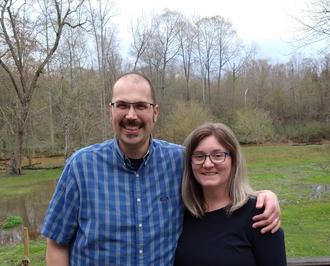