Zach was born in Salisbury, NC and has attended Grace Bible Church since his birth.  He graduated from East Rowan High School and later began working for Walser Technology Group as an IT Tech.  Zach has served with the Worship Team at Grace Bible since 2011. He also helps lead a Lifegroup bible study in his home, as well as occasionally teaches Sunday School.

Zach and Ashley met and began dating in high school and were eventually married in 2011.  Ashley, a Rockwell native, is a middle school chorus teacher in the Rowan-Salisbury School System and serves with Zach on the Worship Team.

Ashley and Zach live in Rockwell with their four children; three daughters, Adrianne, Norah and Reagan, and their newest addition to their family: son, Owen. 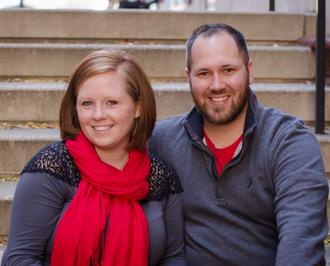