Joey and Sandy grew up in a rural town in South Carolina where they attended the same church. They both accepted Christ as their Savior in their teen years, and after dating through high school, were married in September 1983. Sandy worked as a Bank Teller/Loan Officer and Joey as a Cabinet-maker and a Building Contractor. The Lord blessed them with four children, Ashley, Logan, Haleigh, and Johannah. Today they feel very blessed that the Lord has also given them four beautiful grandchildren, Jayden, Katelyn, Tyson and Maia.

In their twenties, Joey and Sandy began to participate in short-term mission trips and gradually became more and more involved with missions. They traveled with work teams to Haiti, Mexico, Brazil, Papua New Guinea, Colombia, West Africa, Honduras,  Germany and France. The Lord used this in their lives to draw them closer to Him and to one another. In the late eighties, Joey and Sandy joined a mission organization in Haiti. They worked with this group until 1993 at which time they began a partnership with New Tribes Mission. They both received their biblical training at New Tribes Bible Institute in Jackson, Michigan and missions training in Kentucky. They served as missionaries with New Tribes Mission until 2000 when they began their ministry with Grace Bible Church. During their time here at Grace Bible they have continued their involvement with missions and challenged others to get involved. Joey and Sandy have taken teams to Guatemala, Costa Rica and Mexico. Missions will always be a big part of their hearts and lives. 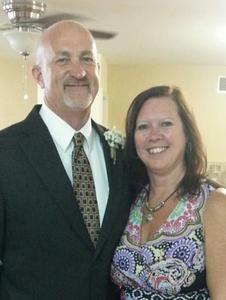